The USPS parking lot and your CHL

There has been much discussion regarding the legality of driving or parking in the post office parking lit while in possession of your legal firearm.  Most believed it was not enforceable but didn't want to be the first test case taken to court (and I totally understand this).

Now, a federal judge has ruled that USPS' broad interpretation violates the 2nd Amendment.  This is really good news.  No more gray area of legaluty just to mail a letter.

Follow that up with an arrest caused soley by law enforcement's poor
judgement and you have quite the trifecta of incompetence.

When the decisions you make daily are backed with a gun on your hip,
you should weigh them very heavily. I support law enforcement a lot
and know it can be a tough job. However, situations like this are
just ways to get lots of people
hurt. First, it was Detroit with the faux purse snatcher getting
drawn on by the very real FBI agent.

Virginia Alcohol Beverage Control can't tell the difference between
sparkling water and beer. Because, you know, alcoholic beverages are
their raison d'etre.

That sounds like a potentially very dangerous situation. Also, VA is
a very lax carry state so this could have gone very badly. It also
makes me wonder how they're profiling people they don't think should
be buying alcohol. "Hey, they look young let's bum rush them wearing
no easily identifiable clothing." What could possibly go wrong?
Posted by 45er at 12:02 PM 14 comments:

This is much more telling than people realize. Mayors Against Illegal
Guns (MAIG), or more accurately Criminals Against Guns (since a high
percentage of the mayors involved are criminals) did a little reading
of what they purported to be victims of gun violence. What they
actuall did was just read a list of people killed by firearms,
regardless of the situation.

Why is this so telling, do you ask? Or even a surprise? Well, it
isn't a surprise really. However, what it exposes is how groups such
as MAIG balloon numbers. This is the thing about fooling the public
that is generally uneducated in such matters. I can give you all the
numbers for people killed in a firearm homicide. What I can also do
is not exclude numbers of those where the homicide was ruled
justified, since it is still in the same broad category of the
definition. Or, I can say "all these people were killed by guns"
neglecting to say:

oh yeah, this was probably a terriorist killed by the guns of law enforcement.

Proof their numbers are fake or they just don't care enough to vet them.
Posted by 45er at 7:58 AM 9 comments:

Finally arrived.  It's been months since I ordered them and I almost forgot, but they just showed up for a middle of the year Christmas. 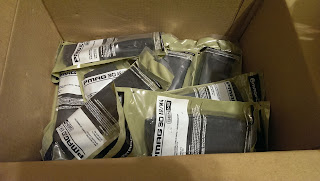 But there is a catch.  In Brooklyn?  Yes, but that isn't the catch.  He picked up a gun that one of the thugs dropped and started firing.  This is where NY is.  The bad guys have to bring the guns for the good guys to even have the possibility of defending themselves.  The good guys just have to figure out how not to get killed in the process.

How a hippie takes a shower

You can't convince me that wasn't an intentional face shot. 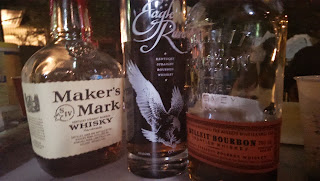 Apparently, it takes a lot to smoke brisket.
We'll be here all night.
Posted by 45er at 9:36 PM 4 comments: