Have Coffee, Will Travel 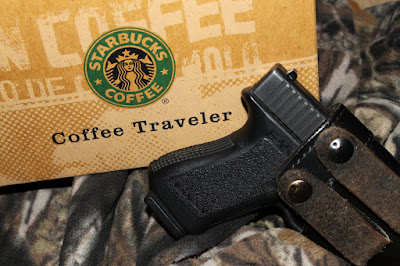 So, I went to Starbucks for the first time in a loooong time today.  I didn't go to Starbucks because they are pro- anything because they aren't.  I just respect a business that says, "we're going to do what is legal, period" and not succumb to loud minority pressure.  There are other groups attacking them from other sides today for their stance on other issues.  I'm not so concerned about that.  I lean pretty Libertarian when it comes to letting people cut their own path in life and live with the consequences or lack thereof.  So, just on my one little pet issue I'm going to support them.  I don't have to support everything else they do or say.  If you think that is possible, I have a group of Republican Presidential candidates that would like to have a word with you.
Posted by 45er at 8:33 AM