Guys' weekend, completely worth it

I guess it's finally time for me to spill it about our annual trip which has affectionately been called the Red River Gun Run.  This is a spectacular weekend filled with amazing food, fun with friends, lots of shooting and great beer tasting in the evening.  Then, there's the fishing, hiking and general gun with friends.  So, now on to pics.  Oh, and a warning.  I'm not feelin' all up to it with the word stuff, so I'm going to do my best.  This will be less of a novel and more of a kid's picture book.  Here goes.

It was right around the time of one of the guy's birthday and someone brought this work of genius.  I may not have mentioned, this is trip leans in the zombie shoot direction.  The cake maker that brought the cake found these fantastic little plastic zombies to fight the plastic army men.

On to the drink.  We drove up the first day and got there in time for dinner and then a nice outdoor movie and beer tasting.


The Duchesse was just great.  You may remember the Life and Limb from my previous post.  I'm not going to turn this into a review post because you'll see that it would turn into quite a monster. 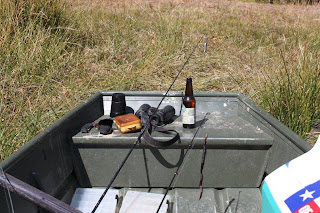 The first day was about relaxing and getting some things set up.  It was a great time to do some fishing.  I didn't say we caught a lot, but the weather was perfect and it was relaxing so it was a great time.  Dogfish Head made it that much better.


But it wasn't all that much.  We still caught a few.

Nothing like floating by wildlife and enjoying the scenery.

A very good white port, a great sea-salt chocolate and a wonderful cigar.  This was a good night.  Each night was spent outside under a covered patio with a fireplace.

This one was 28 Days Later.  Great movie if you're into that kind.

Speaking of zombies.  This is the day of the zombie run.  This year, we featured some older targets from the zombie targets website and some of the newer targets from Birchwood Casey.  The smaller rat splatter target turned out to be quite a difficult little guy. 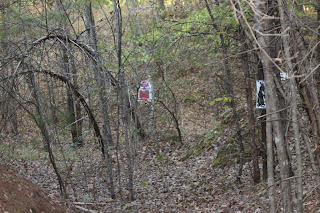 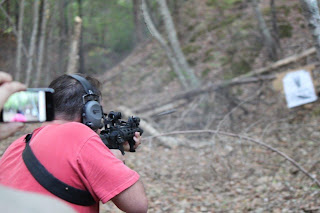 Below is That Guy with his awesome Saiga 12 Gauge shooting some Fiocchi luminescent tracers.  I should have used a time-lapse, but I chose to just run a fast shutter and caught it in a couple of shots.﻿ 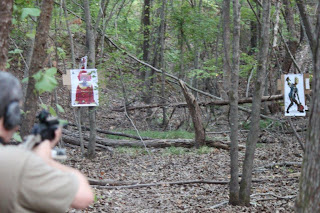 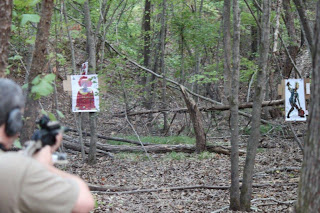 I believe this night's dinner was the Chicken Marsala with Prosciutto that I made and did not take any pictures, of course!

After dinner, more relaxation and some more tasting. 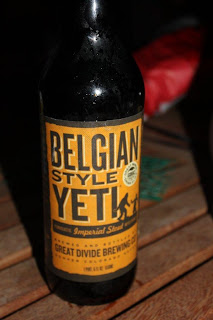 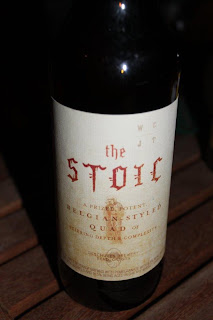 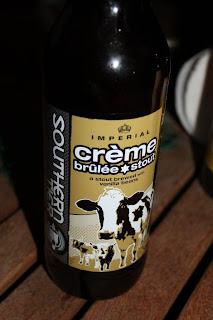 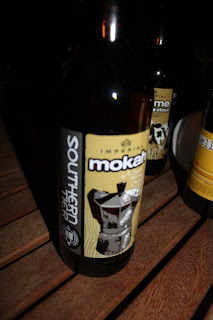 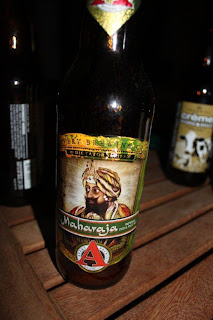 That right there was a string of great beer.

So, the next day was fishing, hiking and more shooting.

No exciting pictures of us walking in the woods, but then the final night.  Time for the traditional steak dinner. 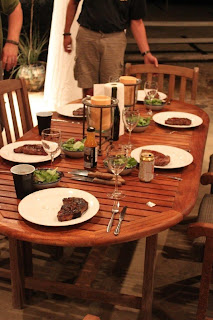 And a salad!  The Cashew Tahini dressing was a real hit with the salad.

Oh, and wine.  Except, we couldn't find a corkscrew, so we skipped preparedness and went to improvisation. 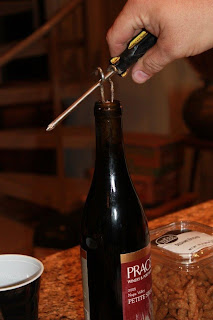 Then, a couple more tasters. 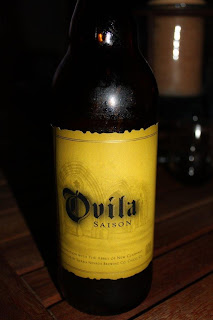 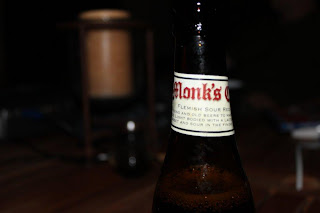 So, the trip is over.  Unfortunately, these go by so quickly.  Now we have some great memories and soon we'll have some great video to watch.  So, this is one of the reasons I've been off the grid.  The other two reasons I will post about later.  Sorry about all of the pictures, but it's probably easier than reading my babble as I try to explain it all.
Posted by 45er at 10:26 PM